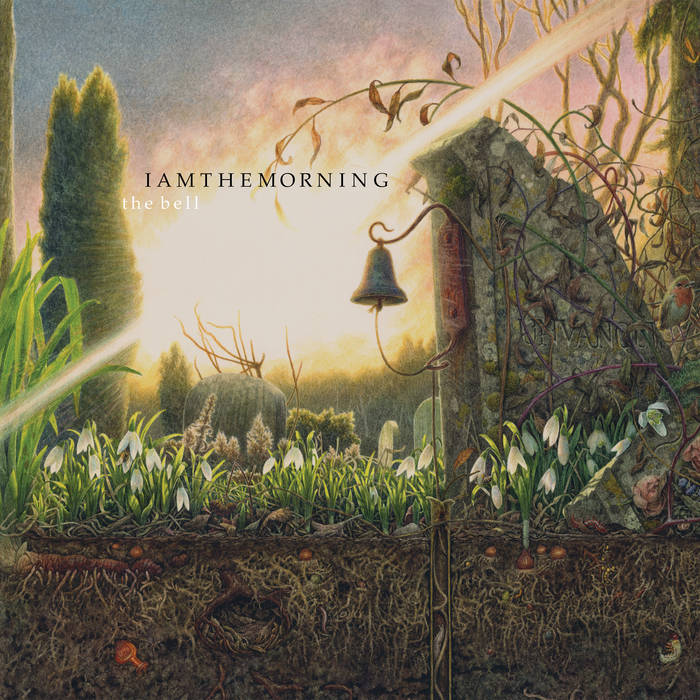 thehollowing Just like a walk in a big, old manor. Favorite track: Salute.

yodablanc Like the other albums of iamthemorning, this one is very recommendable too. Some tracks are punchy (freak show), other are more quieter but all are good. The piano of Gleb is tasteful ans the voice of Marjana is heavently. Favorite track: Freak Show.

darkkarnitool Sheer beauty. This album has moved me to tears more than once and I suspect it will do so many more times in the future. Favorite track: Song Of Psyche.
more...

The Bell was inspired by 19th century song cycles, a genre established by Schubert, and themes from Victorian England art and culture. It is divided into two parts, but each song is a story in its own right, all of them are fuelled by human cruelty and pain caused by it. Cruelty and different ways that we cope with it and suffer from it is the central theme of the album. This album is multi-layered and is, in many ways, a journey inwards, taking us inside of a mind of a person suffering from abuse or neglect or open hostility of the society or a specific person.
And even though aesthetically the album is based on themes taken from Victorian England’s art and culture, it is mainly a way to look at ourselves and modern society and realise that at its core, humankind isn’t making much progress in terms of emotional maturity.

Drums and Percussion (2, 6, 9) recorded by Pete Ord at The Studio at Sunbeams, Penrith

Mixing and mastering by Vlad Avy

Special thanks to Johnny Wilks, Tony Harris, Scott “Ckott” Robinson and everyone at Kscope; Rob Palmen and Glassville Music.

Marjana thanks Marc C. for his support; Brock family and every single person supporting me on Patreon.

Gleb thanks his teacher Vladimir Viktorovich Polyakov, Universe and the powers of divine deadline.